London, October 17th: Ravelin, the machine-learning fraud detection company, today announced it has completed a new £3 million round of investment funding to enable it to add to and support its growing client base around the world.

Just nine months after the product was commercially released in January 2016, Ravelin has grown its revenue by over 600% while adding well-known clients including online food delivery company Deliveroo, 10 million rides-a-month taxi app EasyTaxi, and US-based taxi service Via Taxi.

Existing investors led by Playfair Capital with participation from Amadeus Capital, Passion Capital, Errol Damelin (founder of Wonga) and Paul Forster (founder of Indeed.com) have all either maintained or expanded their respective stakes in the business.

We have focused squarely on growing the company by doing a great job for our clients. This investment enables us to continue to grow our team and invest in the infrastructure and technology we need to give the same great experience to even more clients based around the world.

We are delighted to have led this round. Ravelin has achieved impressive market traction by building fraud detection technology from the ground up to address the ongoing issue of payment fraud. This problem is growing faster than online commerce and Ravelin’s machine learning approach brings the requisite speed, scale and performance to solve it efficiently.

Robert Dighero, Partner at Passion Capital and board director, added:

The entire team at Ravelin has done a remarkable job of validating the company’s initial proposition and what we found so compelling when we first invested at the seed stage. It’s a pleasure to support this new round of financing which will see the company go from strength to strength.

Statistics released in July 2016 by the Office for National Statistics demonstrate the severity of the problem for businesses with an estimated 3.8 million incidents of credit and debit card fraud committed in the UK alone during 2015-16. The most recent Nilson Report global figures for 2014-15 put the numbers at $16Bn or 5.65c for every $100 spent.

We’ve been really impressed with Ravelin’s progress so far”, said Alex van Someren, Managing Partner at Amadeus Capital. “Its success is important not just for the company’s sake but for online commerce as a whole. Fraud must not continue to grow unchecked, and I believe Ravelin’s machine-learning approach is the best option to slow and ultimately reverse that growth.

Since the first release of the product, Ravelin has been busy adding features and adopting techniques to allow its clients to accept more legitimate orders and refuse those which are suspicious or fraudulent. For instance, Ravelin launched its graph network technology in May which has shut down many thousands of fake accounts and prevented millions of pounds worth of potential fraud.

As we continue to grow across the globe it’s important that we work with partners that are able to scale with us. It’s great to see that Ravelin’s latest funding will go towards expanding its team and international operations, allowing Deliveroo to focus on creating the world’s best food delivery service.

Thanks to Ravelin we are now confident that we can expand the in-app payments part of our business without undue exposure to fraud, which is huge as we are sure this is where the next phase of growth is going to come from for EasyTaxi.

To learn more about machine learning visit our insights page. 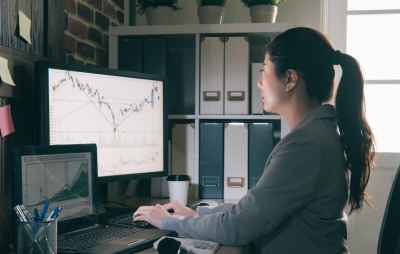